Web design is the core of what we do at DEENCE alongside other digital services, how can we help your business?

Through strategic partnerships, we are able to provide additional services such as social media and lead generation to our clients as well as email hosting through our Micrsoft Partnership program.

In response to the rapid change in the way people search and browse the web, as well as the drastic shift in the adoption of mobile devices in societies lives, Google has radically changed how its results are indexed.

Google first announced their planned changes to their search algorithm back in 2016, saying: “Today, most people are searching on Google using a mobile device. However, our ranking systems still typically look at the desktop version of a page’s content to evaluate its relevance to the user. This can cause issues when the mobile page has less content than the desktop page because our algorithms are not evaluating the actual page that is seen by a mobile searcher.” 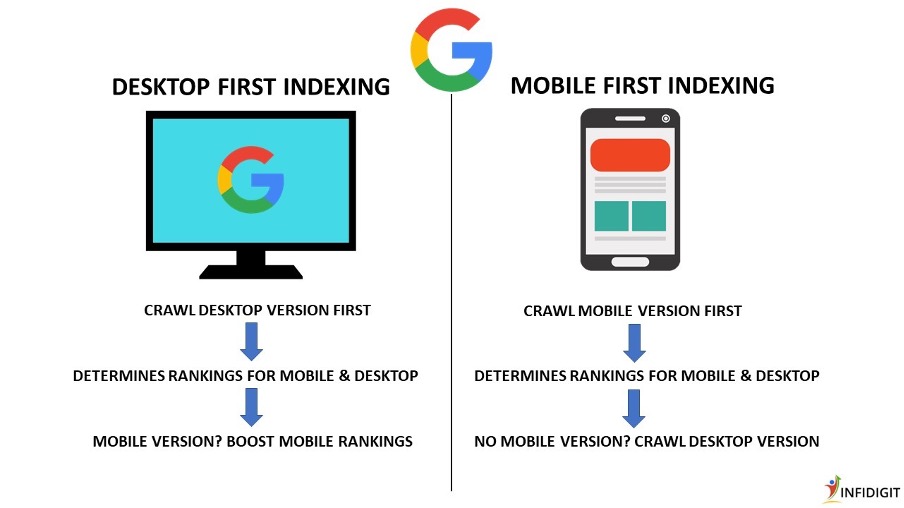 As of March 2021, Google has now switched all websites from desktop first-indexing to mobile-first indexing having been in a transitional period since the announcement in 2016. And during a session about mobile-first at SMX in 2017, Google's Gary Illyes confirmed that page speed is incorporated into mobile-first indexing. The reality is that having a slow page speed likely acts as a demoting factor, rather than there being a boost in ranking potential for faster sites.

All sites developed at Deence come responsive as standard. This means that the layout and content of the website adapts to the size of the screen it is being viewed on. A well thought out mobile-friendly website could drive a noticeable increase in organic visibility.

You can very easily test your websites mobile friendliness using Google’s mobile friendly test tool. Simply enter the URL of the site you wish to test and the tool will identify any mobile usability issues. 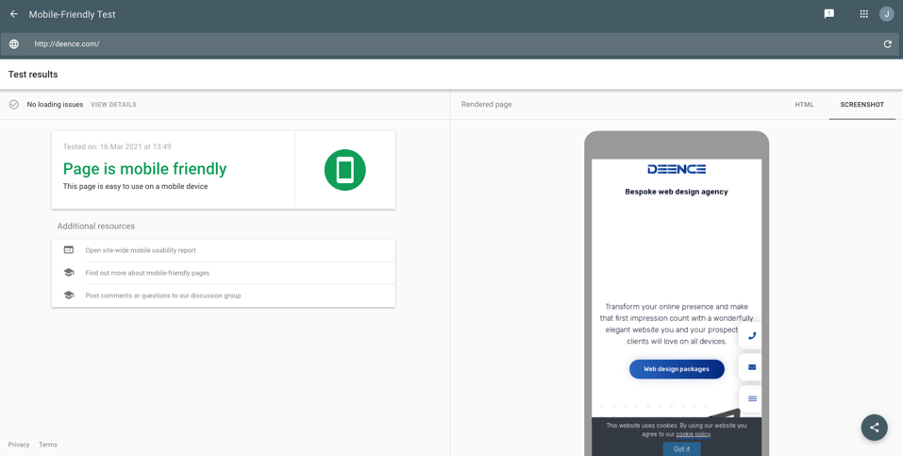 If you're in need of a mobile friendly website, get in touch and we'll help you out!

Need a hand with the online side of your business? Let us take it off your hands so you can get back to the real work.

Thanks for your submission, we will get back to you as soon as possible!

Sorry, there has been an error. Please try again.

Got a project idea you'd like to discuss? Shoot us your phone number and we'll be in touch as soon as possible!

We've got your callback request and will be in touch asap!

There was an error submitting the request, please try to call us directly.